Stop greenwashing. Rockwool, as permitted, would be one of the most prolific toxic & hazardous air pollution emitters in WV. 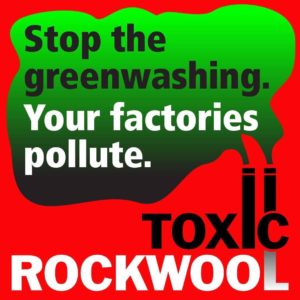 In 2017, Rockwool used a secretive, fast-track process run by the state government to gut our community’s carefully constructed plans for a sustainable mass transit community.  Instead, Rockwool plans to build a global-scale insulation factory that will burn fossil fuels around the clock.

The location Rockwool selected for their new plant is an apple orchard next to an elementary school in a residential and agricultural area.  The area was never planned for heavy industry, but the company bound state and local government with various “understandings” ahead of the environmental permit process.  Now that our community is expressing outrage at their plans, Rockwool is threatening our local government with a $100 million lawsuit if we do not provide them with massive tax incentives.

To make their insulation, as defined in their permit here, Rockwool’s process would primarily involve quarrying stone, trucking it in, melting it in 2,600 degree furnaces powered by coal and petroleum coke, then spinning the molten stone into fibers that are bound using toxic chemicals– including the neurotoxin Formaldehyde.  In our view, just because this incredibly energy and resource intensive product uses a minority percentage of recycled slag, does not make it sustainable.  Rockwool’s plant, as permitted, would be one of the most prolific emitters of toxic and hazardous air pollution in the entire state of West Virginia. 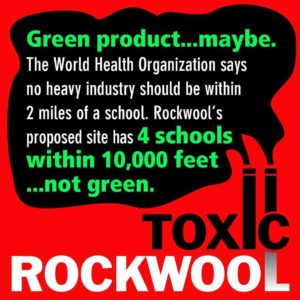 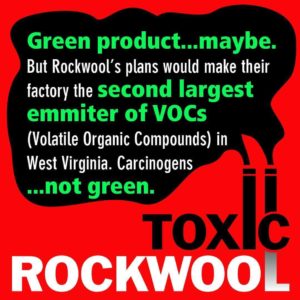 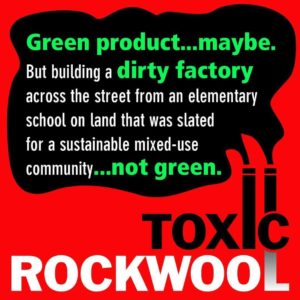 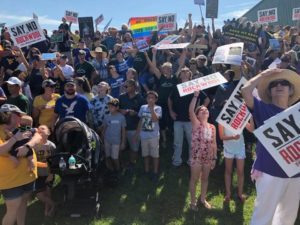 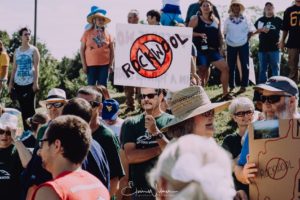 What happened? Rockwool came to town and secretly negotiated a rezoning application giving them an extra 100 acres of industrial land, a Land Use Restriction Agreement and a Right to First Refusal.  Rockwool has removed the legal avenues to build homes at Jefferson Orchards.  No homes means no mixed-use community built around mass transit connecting us to Washington, D.C.

And there goes our real-life Sustainable City vision up Rockwool’s 21 story smokestacks; never to return. 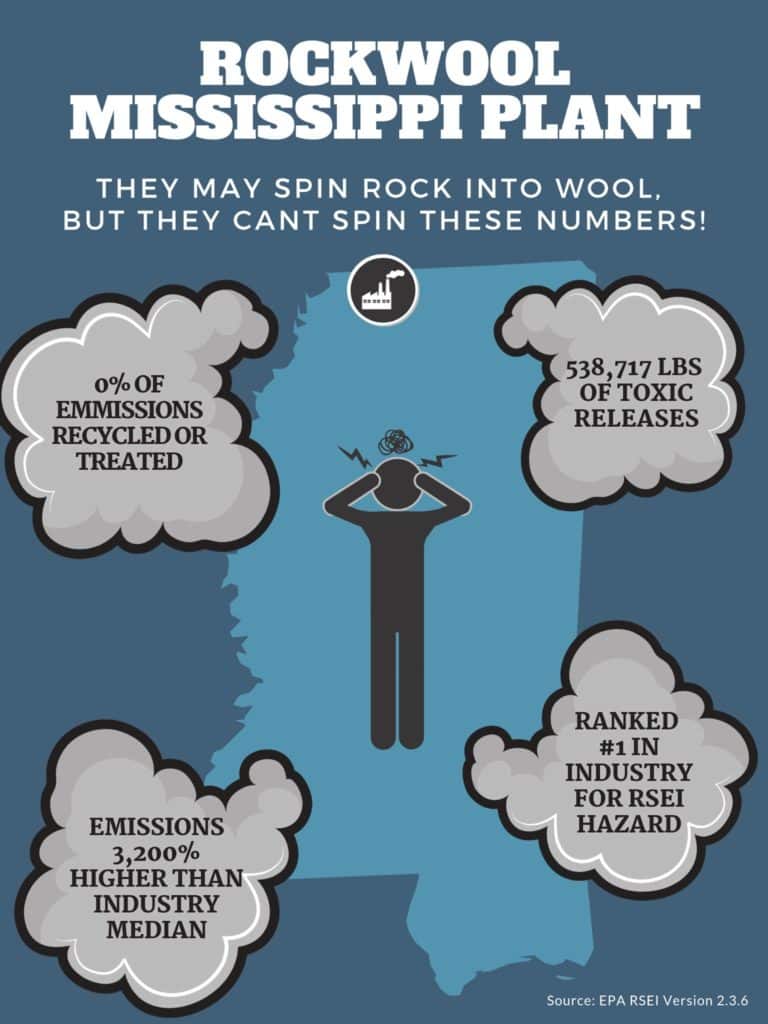